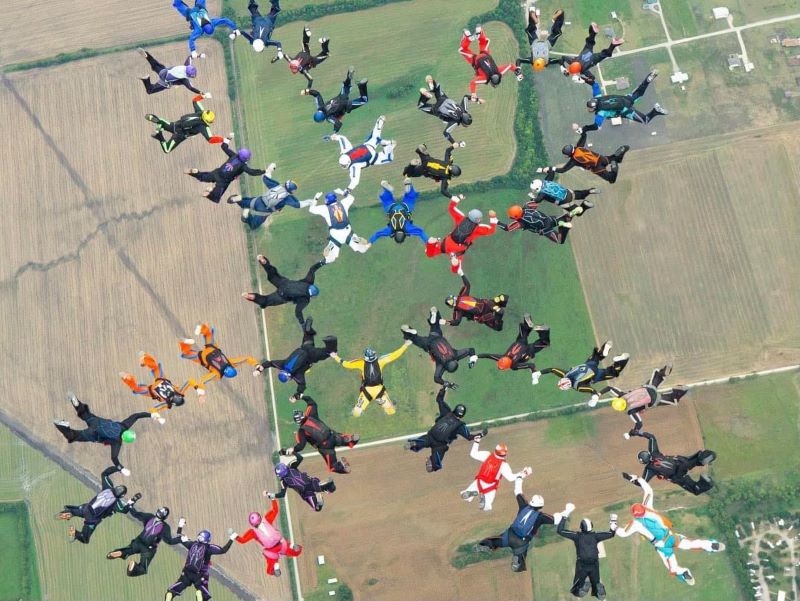 Jackie and Alan do a 42-way formation over Spaceland Dallas. 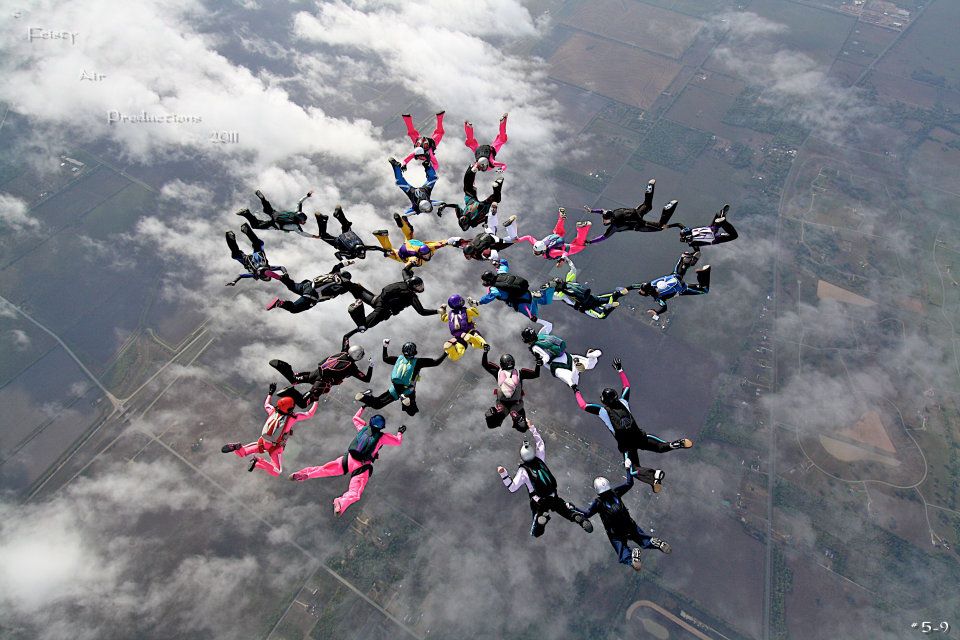 Jackie participates in the Jump For The Rose all-female national record.
Photo by Stacey Carl 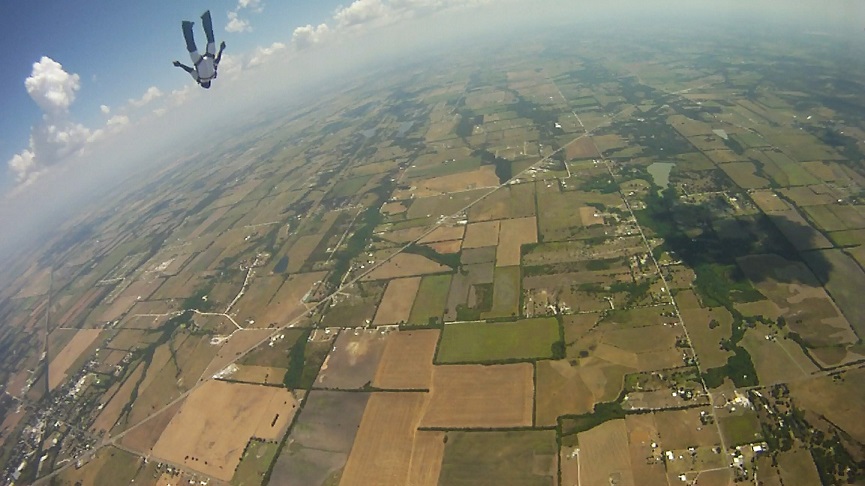 Alan tracks away from a formation.
Photo by Thad Parker 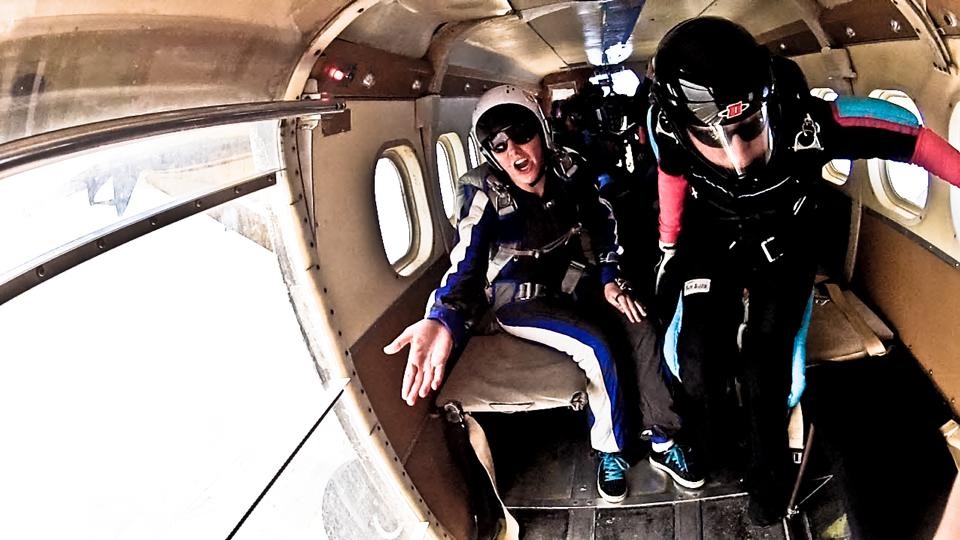 Jackie gets ready to exit the Otter.
Photo by Jaime Barajas 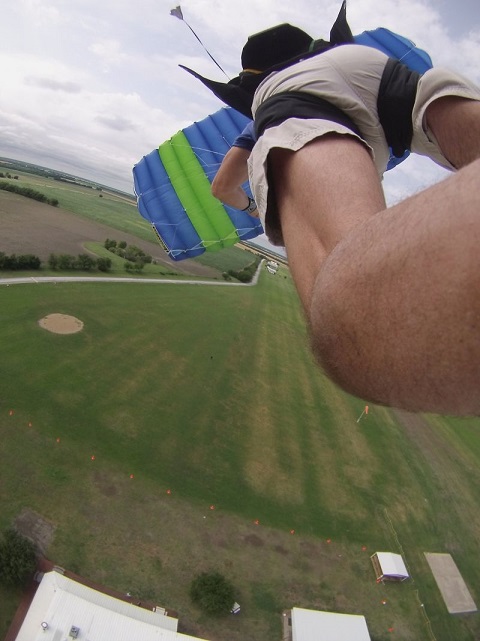 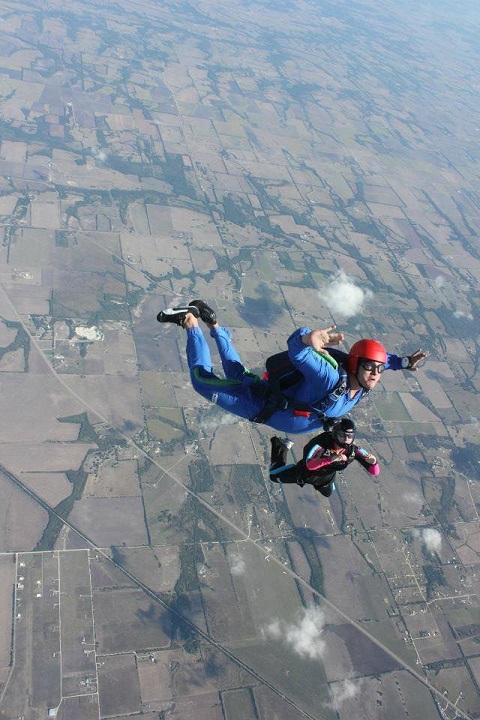 Jackie doing an accelerated freefall jump with a student.
Photo by Brad Patterson 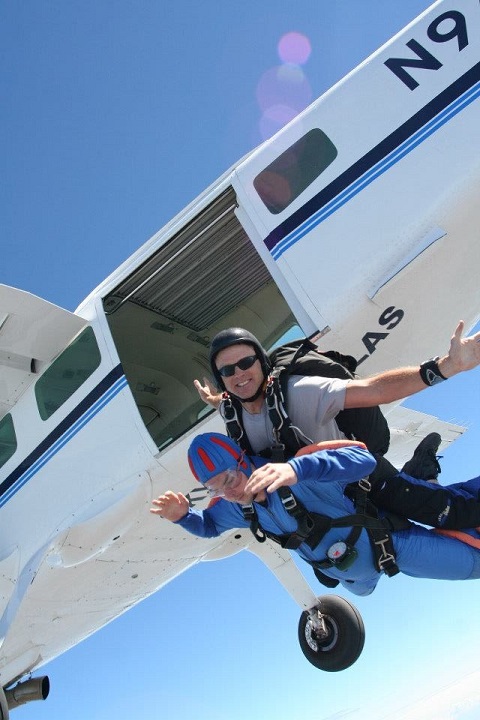 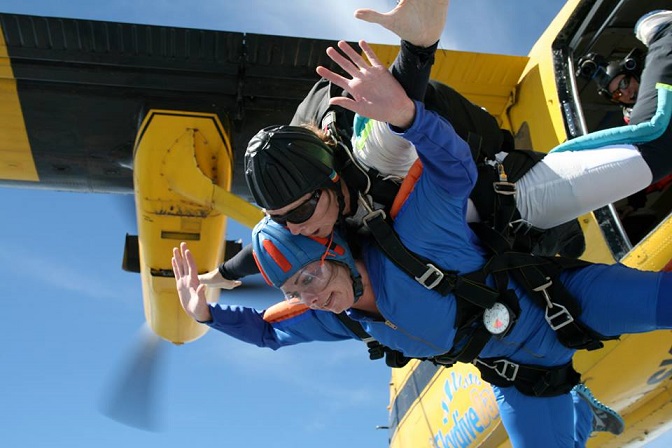 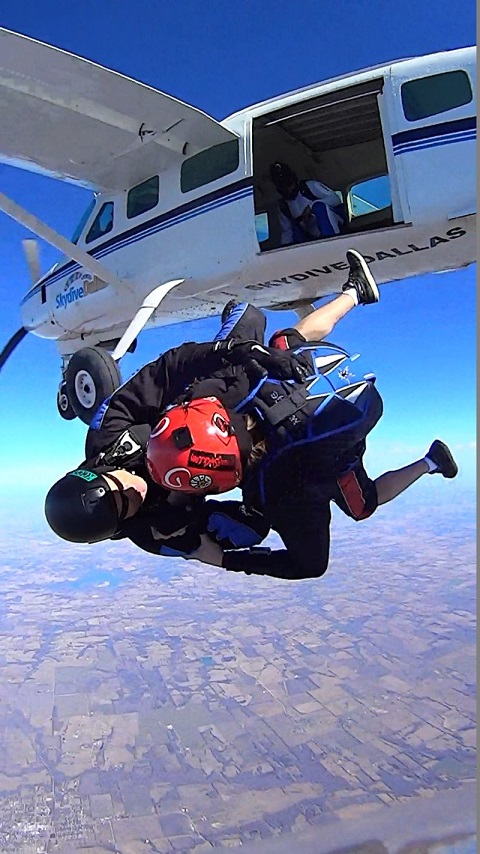 Alan doing a sitfly exit with The Cody.
Photo by Brad Patterson 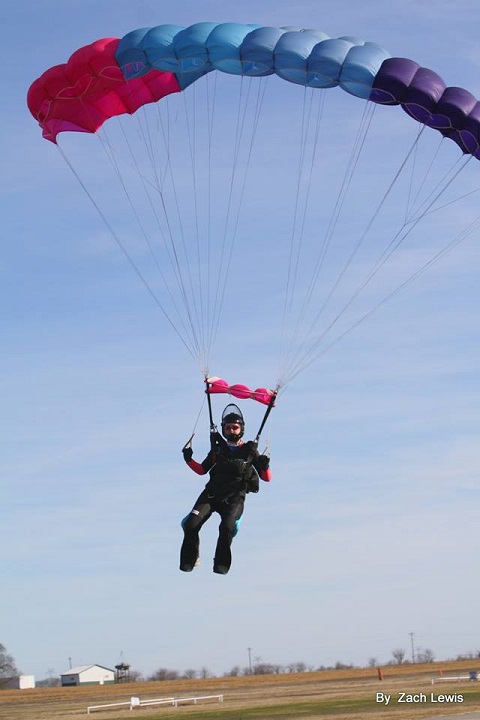 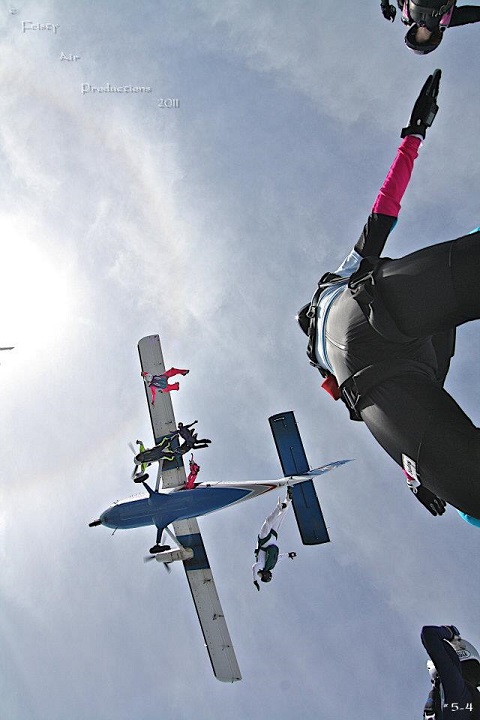 Jackie exits the Twin Otter at Skydive Houston during Jump For The Rose national record.
Photo by Stacey Cark 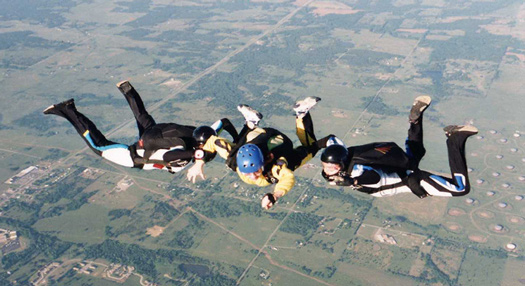 Daughter, Melanie, on her first jump with dad and mom instructing.
Photo by Bob Clark 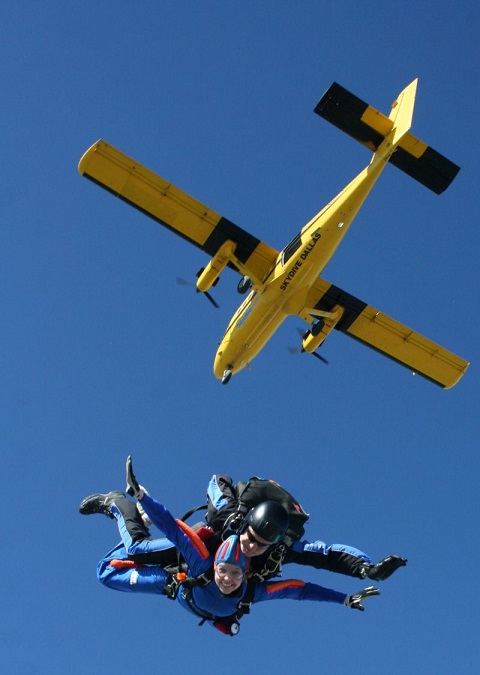 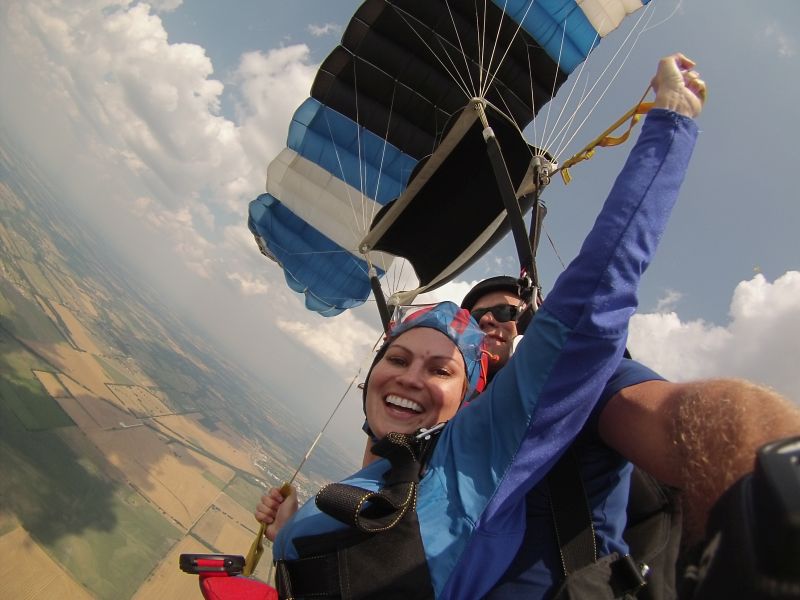 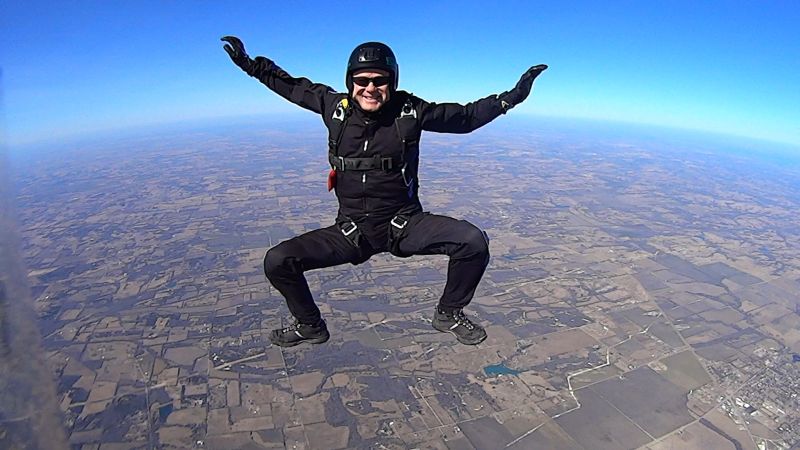 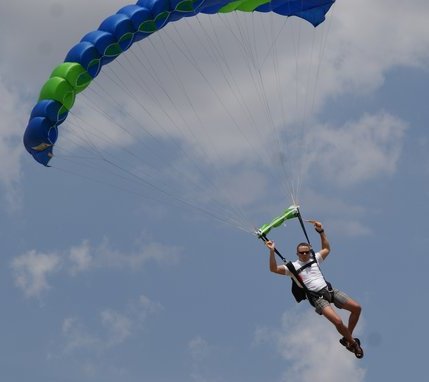 
Jackie and Alan are instructors at Skydive Spaceland Dallas near Whitewright, Texas.  Come out and make a jump with us!