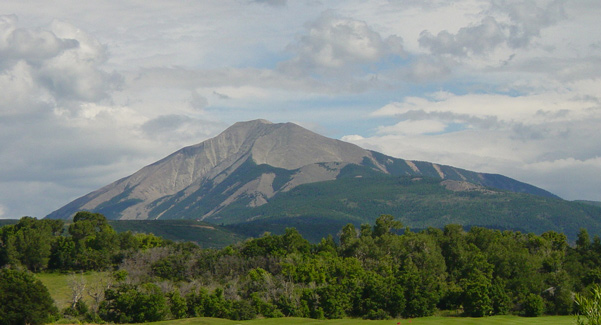 East Spanish Peak is the eastern most mountain of a gigantic double mountain which includes West Spanish Peak.  Both together are called "The Spanish Peaks."  West Spanish Peak rises almost 1000 ft higher, thus, is climbed more often.   East Spanish Peak's charm is that it is seldom climbed, thus, fewer people to encounter during your day.  Don't be fooled by the fact that East Spanish Peak is 1000 ft. shorter than it's sister to the west.   In fact, via the standard routes of both, East Spanish Peaks' climb gains twice the elevation and is twice as far in distance.   Do not take this peak lightly.  It is an eleven mile, 4500 foot climb which can equate to a long day...so start early.  Looking at the photo above, our route followed the long west ridge which starts from right to left all the way to the summit.  After climbing East Spanish Peak, we drove over to the Conejos River Valley and climbed Conejos Peak in the South San Wilderness.

Click on this link to immediately jump to our Conejos Peak climb! 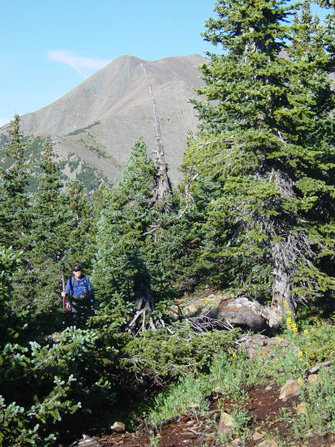 The first part of our climb was in the dark (thus no photos).  Once the sun came up, we found ourselves on the long west ridge of the peak. 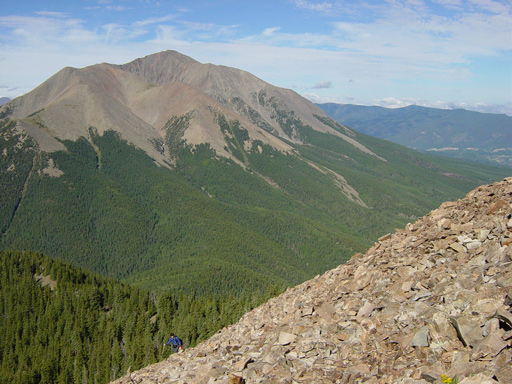 After climbing through treeline, the main ridge itself is reached.  Here, Jackie ascends the ridge with spectacular views of West Spanish Peak in the background. 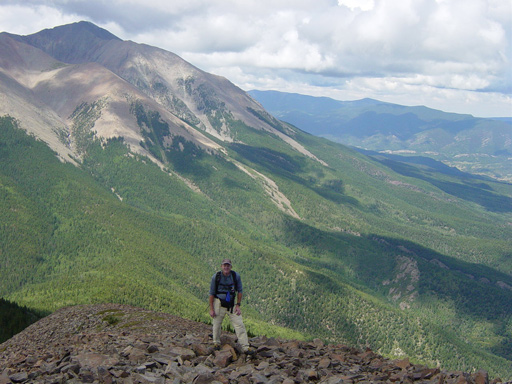 Shortly after, Alan enjoys views while on the ridge. 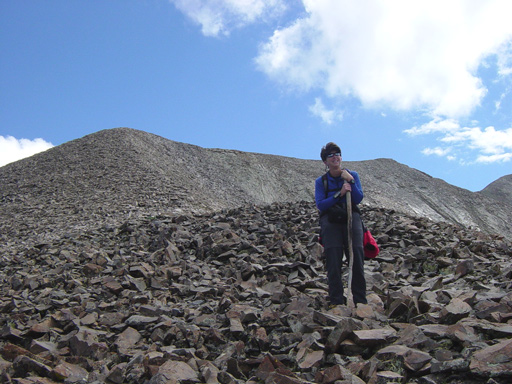 Looking up the ridge to the summit, Jackie takes a break amongst the fairly stable talus terrain.  The route follows the long ridgeline to the summit on the right. 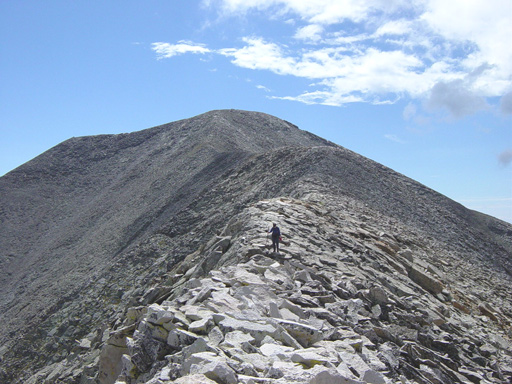 About halfway across the final summit ridge, Jackie takes a break for a photo shot. 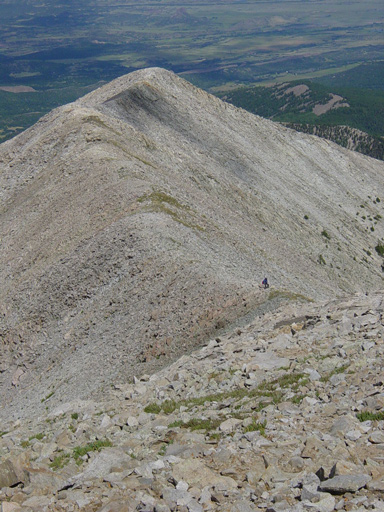 Alan is on the summit looking down at Jackie who is on the final pitch to the top.  This final summit ridge was the highlight of the climb. 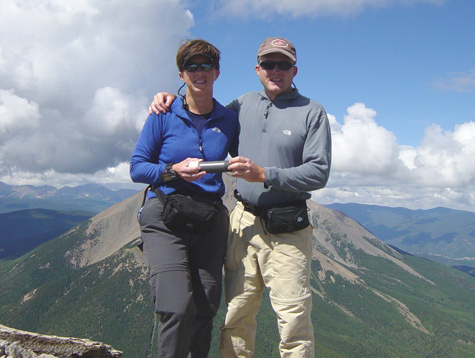 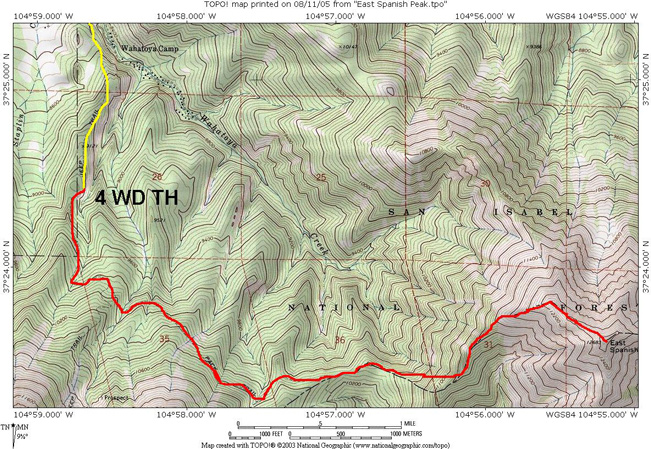 It is difficult to find good info about climbing East Spanish Speak.  However, feel free to use this map to help you out.  Click on the map or this link which will take you to my East Spanish Peak info page on www.SummitPost.org
Map by National Geographic Topo!

The Spanish Peaks as seen from the north near La Veta, Colorado.